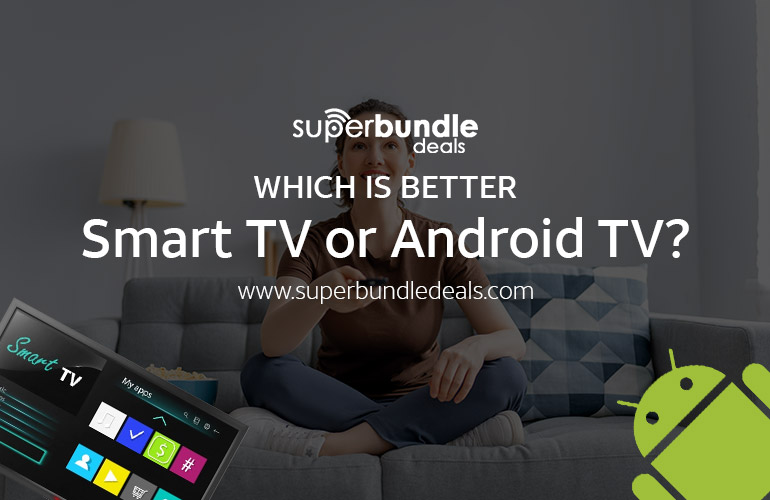 Which is Better: Smart TV or Android TV?

TV sets are complicated especially for those who are buying them for the first time. Today, smart TVs are the standard. But wait, when you head to a store to buy one, the salesperson is going to ask if you are looking for an Android TV or just a smart one.

So yeah, Android and smart TVs are two different things. Here, we are going to discuss how these types of TVs differ and which one’s better: Smart TV or Android TV.

A smart TV is capable of multiple unique functions than a regular TV. You can hook the TV to DVD or a Blue Ray player or use the built-in features to experience the best. The ability to connect to the internet wirelessly or via an ethernet connection and transmit content via the internet is a smart TV’s most noticeable feature.

A smart TV, like a smartphone, may have apps downloaded to its storage. This implies that you may use apps like Facebook, Netflix, YouTube, other popular streaming services that are generally installed on smartphones.

Smart TVs are already commonplace in the television industry. Many of the most well-known television manufacturers, such as LG, Samsung, and others, have smart TVs on the market. Prepare to have a great viewing experience if you have subscribed to HD channels from providers such as Spectrum TV.

A Smart TV is controlled by an OS that controls all of the programs it offers. And when it comes to operating systems, smart TVs come in a range of varieties. Samsung’s OS is called Tizen, whereas that of LG is called WebOS, and AppleTV’s OS is tvOS.

What Is an Android TV?

Android TV basically has the same features as those of a Smart TV but the difference is that you can connect it to the internet. This TV also comes with built-in apps but there is more to it. You can connect an Android TV to the Google Play store and download more apps. It’s even possible to download the Optimum Cable TV app on your TV and re-watch the shows you have recorded. As it’s done on a smartphone, you can also download app updates.

The latest android TVs are adding microphones to the TV remotes to use Google Assistant and give voice commands. An Android TV is basically Google’s response to the demand for streamable content. It has the same features as all other android devices do. This means you can use your TV as a display device and interact with the content on the screen too. Android TV by Google is not new. It wasn’t even associated with Android for some time. It was named Google TV and it now goes by the name Android TV.

Which One Is Better Smart TV or Android TV?

It really depends on your personal choice but generally, Android TVs are a lot better than smart TVs. Android TVs have your back from the app libraries to the app updates and the option to upgrade the OS.

Let’s check out some of the features of both to help you decide what one’s most suitable based on your needs:

Android TVs include a range of built-in apps plus you have the option to download more apps from the Google Play store. Your options are limited when it comes to Smart TVs. For those who are interested in apps with diverse interests, a smart TV may not be the best choice.

Casting Is Simpler Than Ever

The latest smart TV models do support screen mirroring. Samsung Galaxy comes with the Smart View feature for mirroring the screen.  Some TVs have the SmartShare feature using which you can watch any media on your TV’s screen.

When it comes to casting Android TV, there’s a built-in Chromecast that allows you to cast content from your smartphone to your TV directly. This feature only works in full-screen mode and you are able to experience an incredible output. That’s why even if you are watching something from your Centurylink TV cable on an Android TV, the picture quality is fantastic.

The Smart TVs of today perform faster given the OS they run on. They are pretty easy to navigate and this ensures you have a smooth experience.

There are good chances you are familiar with Android’s environment if you are interested in buying an Android TV. You will get the same environment on Android TV. The only drawback is that you might have to be a bit more tech-savvy than usual to be able to enjoy complete features.

Unfortunately, you cannot upgrade the OS of a smart TV. After a few years, you will have to change your smart TV because the firmware has become obsolete. An android TV, on the other hand, like smartphones receives firmware updates regularly and you can easily download them just like you do when your smartphone.

You are probably better off choosing an Android TV in case you are looking for a recommendation. However, to go for a Smart TV or Android TV totally depends on your budget and lifestyle. Hopefully, the difference between the two makes it clearer and easier to make the final decision. Once your new TV arrives, just tune in to your Xfinity TV cable plan or any other and have a great time. 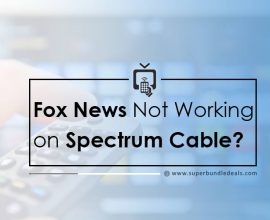 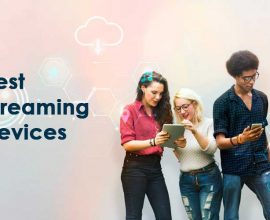 The Best Streaming Devices in 2022 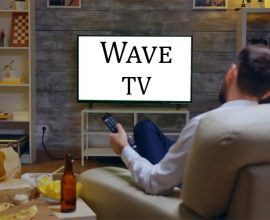 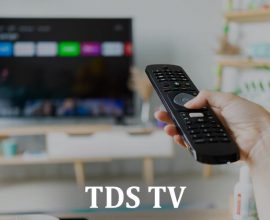 Everything You Need to Know About TDS TV